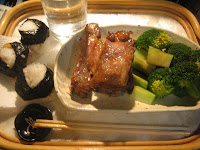 If you'd like to cook this spare rib, it is recommended to prepare it a day before or several hours before the dinner time. 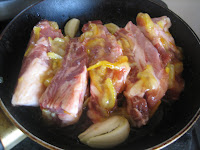 Posted by Yasuko Watanabe at 7:37 PM No comments: 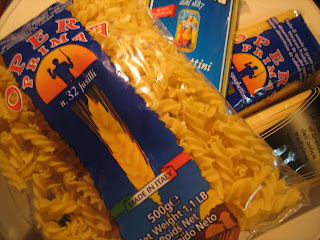 The change of dietary habit and the substitute energy is affecting the increasing price of wheat and wheat flower. The Japanese bakeries are now facing big challenge. I spoke to one of the local bakeries this morning and he says he needs to see how the market goes and other shops will react. He cannot just raise the price.

Japanese government buys wheat by SBS ( Simultaneous Buy & Sell ) system. The imported wheat is handed to manufacturers by government. The price increase from next month is 30% and durum wheat ( mainly used for pasta ) price will be increased 71% ! Crude oil price, bio-ethanol, dietary habit's change, Australia's catastrophic draught .... all these phenomenon is related....mmm. The imported pasta will also be more expensive in the near future. ( In Japan, approximately 90% of wheat is imported and within that 20% is imported from Australia. ) I went to the local food shop and bought several packages of pasta as shown in the photo .
Posted by Yasuko Watanabe at 1:06 AM No comments:

Email ThisBlogThis!Share to TwitterShare to FacebookShare to Pinterest
Labels: Consideration on Food 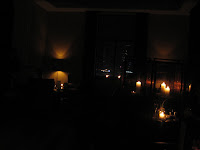 It's a shame that I didn't use night mode on the camera.
So, it looks too dark. Sorry about it.
There was a party held by an Italian Company ( registered in Singapore ) in Shanghai. Great river view and stylish decor.
I don't know what they serve during day time, but please check
" Lounge 18" on the site. I 'd like to visit the place again.
Lounge 18:
Address
4f, 18 Zhongshan East Road near Nanjing Lu
Posted by Yasuko Watanabe at 11:22 PM No comments: